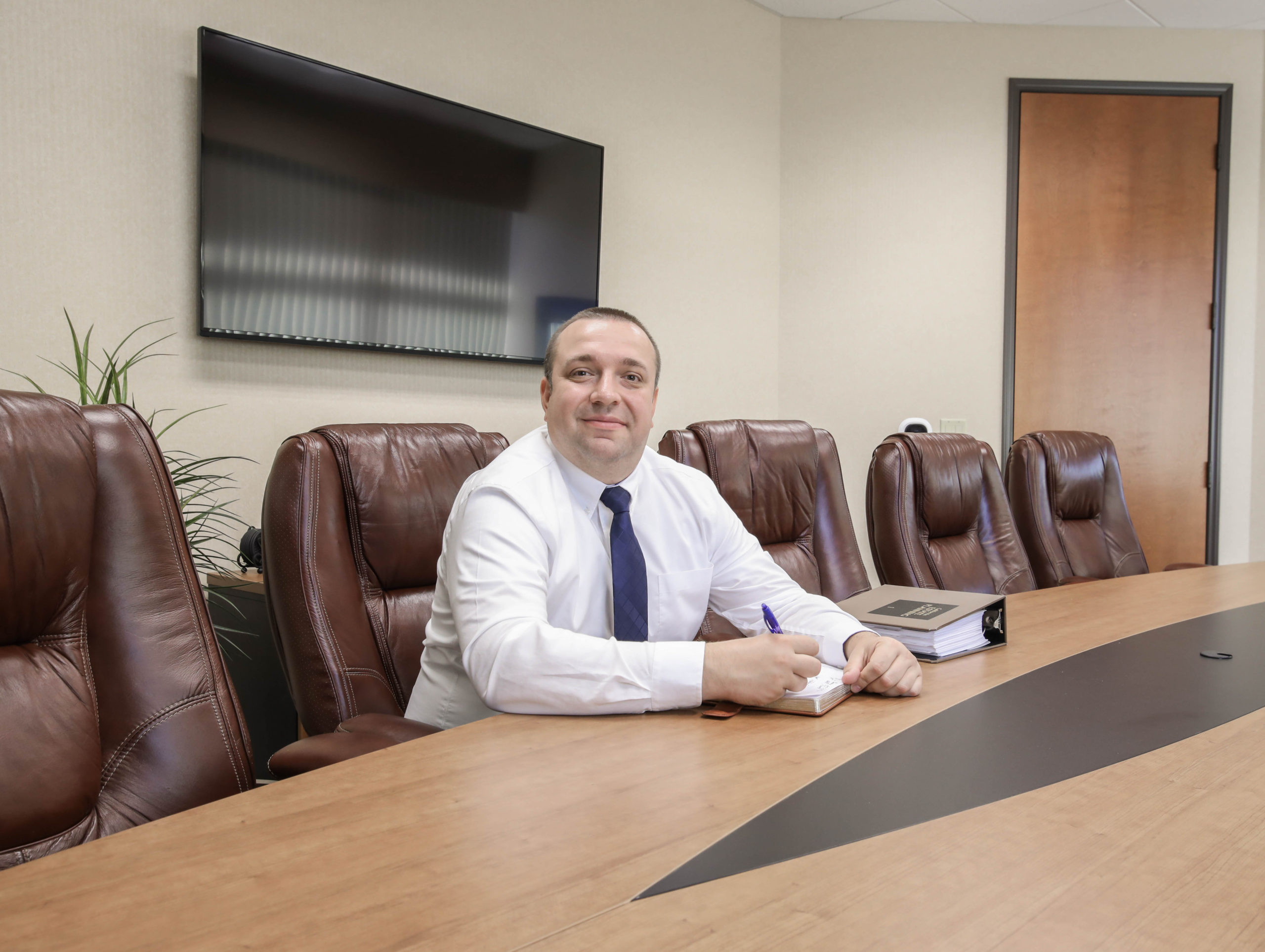 I was born and raised in the Republic of Moldova, which is an Eastern European country famous for its hospitality, traditions and caring people. During my modest lifetime, Moldova has been through several political transitions. These have influenced the way my life unfolded.

In high school, I particularly enjoyed studying History and the English language. My mother, who was a very compassionate, patient and diligent person, taught me by example to be responsible for my actions, plan ahead and not just say or do the first thing that comes to mind.

I graduated from high school after the Soviet Union collapsed. My father was an active supporter of the movement for Moldovan democracy, and he used the opportunity to gather countless like-minded individuals to support this cause at numerous rallies nationwide. Such valiant expressions allowed the people of Moldova to gain independence.

After graduating with honors from high school, I had to choose my college major. Recent events in my native country were at the forefront of my mind. My father’s opposition to totalitarian regimes and his pursuit for justice inspired me to honor these ideals by following a legal profession. In 2001, I was admitted at the Law School at Moldova State University where I achieved promising academic results from the first semester onwards.

I graduated cum laude from Law School in 2005, and shortly thereafter,  upon my relocation to the U.S. in 2006, I began working towards becoming a licensed attorney in California thus achieving higher legal acumen to plough back into community service. In order to progress my goal, I identified a variety of NGOs providing legal aid to low-income communities.  My commitment to community services led me volunteer for the La Raza Legal Center, Civil Rights Organization of the Asian Law Caucus, Jewish Family and Children’s Services, and the Legal Advice and Referral Clinic of San Francisco Bar Association. Freely assisting these non-profits allowed me to gain considerable experience in many practice areas, and further cultivated my desire to help alleviate legal inequality.

Shortly after my relocation to the U.S., I lost my mother to an illness that could have been cured if I had the money to pay for better medical care. At that time, she was denied health insurance for having a pre-existing condition and I couldn’t afford her astronomical medical bills which greatly exceeded my savings. I felt so happy and relieved for other families in-need when the pre-existing condition denial reason was abolished through Obama Care in the later years. My mom’s unexpected death, at a young age, not only left a deep tearing scar in my heart but also created many financial and administrative issues that could have been addressed during her lifetime had she thought about an estate plan in advance which is probably one of the main reasons why I decided to practice Estate Planning further into my practice.

Later, out of the strong desire to help local communities, I interned for the office of David Chiu – San Francisco’s supervisor for Richmond District at that time. During this tenure, I learned about the struggles of San Franciscans and how their voice can shape the policy reform.

Completion of a master’s degree program in U.S., was the next logical step in my professional career, and in 2016 I received my LL.M. (Master’s Degree in Law) diploma from the Golden Gate University. I was very fortunate to be mentored by highly-regarded law professors during this program who managed to teach insightful and engaging classes from their own extensive legal experience.

In 2017, I had the privilege of working for Capcom USA, that not only introduced me to entertainment law, but also brought me back to my childhood memories when I loved playing Street Fighter video game.

What truly helped nurture my character was the employment at Nexon and X2X Media Group between 2018-2021. Contracts, marketing, intellectual property, corporate governance, technology, and privacy laws were at the forefront of my job duties. I can’t thank enough my supervisors at these companies for being great mentors during these years and simply awesome human beings.

After obtaining my California attorney license (on January 11, 2021), out of the strong desire to help families plan their property and money, I decided to open my solo legal practice mainly focused on Estate Planning.